When did you start working on this project?
The decision to launch the production of a brand-new show around the Lion Kingdates back to November 2016. From there, everything was set up very quickly and I was appointed to stage this new production.

How did you develop the concept of the show?
The first instructions I was given were to do something completely different from The Legend of the Lion King which played at Videopolis between 2004 and 2009, as well as the Festival of the Lion King, Disney’s Animal Kingdom and Hong Kong Disneyland’s shows. From there, I asked myself a lot of questions. This mythical story goes far beyond an animal narrative in the African savannah. Everyone can identify to it because it is the story of a family and the initiation of a teenager to adulthood. From there, I told myself if it was possible to transpose this animal adventure into the world of humans. I then began to research in this direction on the net, and I found “fan-arts” that just imagined the characters of the Lion King in human form. It inspired us a lot. In the end, The Lion King and the Rhythms of the Pride Land is an unprecedented show based on the history of the Lion King, as if a tribe had decided to put this legend on the stage and in music.

And this story is told through songs.
Absolutely. Due to the multicultural nature of our audience, we preferred not to use dialogues. These are the songs that tell the story. For reasons of duration, they are shorter than in the film, but we scrupulously respected the order of the animated film. We also had the chance to add several iconic titles of the musical: on the one hand “Shadowland”, the song of Nala, and on the other hand “Endless Night” and “He Lives In You”, which we have decided to melt in one title, like a mash-up. It seemed natural to bring them closer as Rafiki’s song responds directly to Simba’s questioning about his father.

This show is titled The Lion King and Rhythms of the Earth. How did you deal with this rhythmic dimension?
Our show is really based on the rhythmic aspect. With our arranger Steve Sidwell, we wanted to put the African traditions in the spotlight, while bringing a touch of modernity through new rhythms and new tempos, but always in the greatest respect. We also have four live percussionists on stage, who really add an extra dimension to the music. The score written for them is particularly precise and elaborated rhythmically. Their instruments have been specially adapted to fit into our decor and at times, musicians will be able to leave their pedestals to join singers and dancers. They are totally integrated into the show. This dimension has not only inspired the music of the show, but also our decor, which consists of djembes on which the characters will evolve. Everything is in excess: imagine that the largest drums are 2.50 meters high and 8 meters in circumference! All these interlocking percussion instruments create an incredible stage space on several levels, which offers many possibilities in terms of staging.

How did you exploit these different areas according to each song?
With Frontierland Theater, we are fortunate enough to have a real theater, with a real “black box”, that is to say, a closed performance space, with all that that allows in terms of immersion and treatment of the light. Thanks to our new equipment, I can focus the light on different areas of the scene and make each number a vignette, as in a storyboard, that I spread throughout the space. I can control every part of the scene that I want the light to focus on, which was not possible at Chaparral Theater, where the stage was only half covered. This allows us to keep a lot of surprises. Such a device requires a lot of organization, but with the size of the stage and the width of the scene, I could really enjoy myself!

You really exploit all the space!
Indeed. There are certainly artists on stage at different heights, but the scenery also evolves during the show: it turns, it swings and you have a few surprises! And then, there is the whole aerial dimension. Many things are going on in the air. It must be said that we installed in the hangers not less than 7 flying devices for acrobats, which means that during the 30 minutes of the show, they touch very little ground!

Can you introduce your creative team?
I had already worked with Bradley Kaye, Principal Art Director for Walt Disney Parks and Resorts, on the Jedi Training Academy, and we figured it would be the right person to set the stage for our new show. For costumes, we turned to Mirena Rada, a well-known Disney and Disney comedy artist, including Tokyo Disneyland, who has already collaborated with us on the FanDaze event. For the musical arrangements, we called Steve Sidwell, who had already signed those of the Disney Dream Parade, and for the choreography, Cathy Ematchoua brought us her inimitable style. For the lights, we asked Pierre Leprou to bring a fresh look. As for the sound, we owe it to John Moine de Russi, known as “Papa John”. He proposed a brand-new audio broadcasting system for the Frontierland Theater offering a totally immersive experience. There are only three other theaters in the world that has it, one in New York, one in Singapore and one in Sydney. It is a very imposing system, which corresponds to 3 times that of an IMAX. We also have trackers for the singers, which means that the sound of their voices will move on stage depending on their placements. And all this can work with the light, which means that if a singer moves from yard to garden, sound and light will follow in real time. With all this, the public will be one with the music and feel totally impregnated by the rhythms of the Pride Lands.

How did you build your “tribe”, the cast of the show?
As for the singers, the castings started more than a year ago. We auditioned in London and Paris, as we often do. A little more than 230 singers have applied for this show, because The Lion King is a theme that speaks to a lot of people, and we have cast 22. We have cast people who worked on The Lion King in the West End, others on the version of Mogador or on other musicals like Motown. So we have a panel of dazzling and experienced artists, people with craft and a lot of talent. For acrobats, we auditioned in a gym near Disneyland Paris focusing on profiles from the world of gymnastics. A hundred gymnasts showed up and we kept 18 of them. Some of them come from big houses like Cirque du Soleil, from The House of Dancing Water show in Macau or from air shows in Paris. The dancers were the last to be auditioned. It was last November, and there we stood speechless: 530 dancers showed up! And there also for 18 places. Some of them had also made Mogador and meet today with other artists they knew years ago on other productions related to the Lion King. This is a nice reunion around this story, and all these auditions were held in a beautiful atmosphere. In all, our Cast brings together no less than 9 nationalities!

Can you tell us about costume design?
The costumes are very important in our show. They are there to evoke the characters of the film through all sorts of references, especially in terms of color codes of animals. Take Rafiki. It is a mandrill, recognizable by its muzzle very colorful, blue, red, white, and we find the same colors in his costume. For Simba, we used a “gabrielle”. It is a piece of costume that is placed on the shoulders, with a bow on which we hung colored hair in the shade of a lion’s mane. And to do this, we opted for noble materials: leather, alcantara, etc. Their design began two years ago and the first proposal was the right one. Nothing has changed since then. I talked a lot with Mirena about what I wanted and she immediately understood my expectations. In the end, 400 costumes were made for a cast of 70 people.

According to the different staging of the Lion King around the world, the character that changes the most is probably Rafiki. How did you approach it?
In the animated cartoon, it’s a male monkey, so the person who sings “Circle of Life” is a kind of independent voiceover. For the musical, they relied on the voice of this song to make Rafiki a female character. Leaving to do something different, I thought that our Rafiki could be a singer. In the end, it gives another dimension to the character. He becomes a sort of shaman, who leads the show and ensures the transitions between the numbers.

Timon and Pumbaa are also difficult to represent on the stage. How did you envision them?
To enter into the concept of the show, it was also necessary to humanize them. So I went back into the cartoons and seeing this meerkat and the warthog, I immediately thought of Laurel and Hardy. This is how the costume of the character who plays Timon has tail but in the shape of a meerkat’s tail. He also has big clown shoes that are reminiscing of the legs of meerkats. And when it comes to casting, we have turned to comedians who look totally different. I think that will surprise more than one!

It is also this originality that makes Disneyland Paris shows unique. We still remember The Forest of Enchantment: A Disney musical adventure, which you also staged, with its totally new concept.
It’s always a challenge! But I think it’s also our role to offer the public original concepts and open it to other forms of entertainment. Always based on Disney stories.

In the end, the emotion is still there!
Music is paramount in this show. When I first heard this version of “Circle of Life,” I burst into tears. There is of course the richness of the original material, but also the strength of this new version. There is also this striking decor. When we discover it, we simply say “Wow! “. And then, the whole “live” side of the show: the songs, the choreographies, the aerial acrobatics. All this human side that touches the heart. It’s my role to put all these artists in harmony to create emotions. Especially since we are inaugurating a new theater, and to do so, I could not dream of a better story than The Lion King, with its power and spirituality. We are the first to live in this place. It’s up to us to make it sound from our voices and give it its soul! 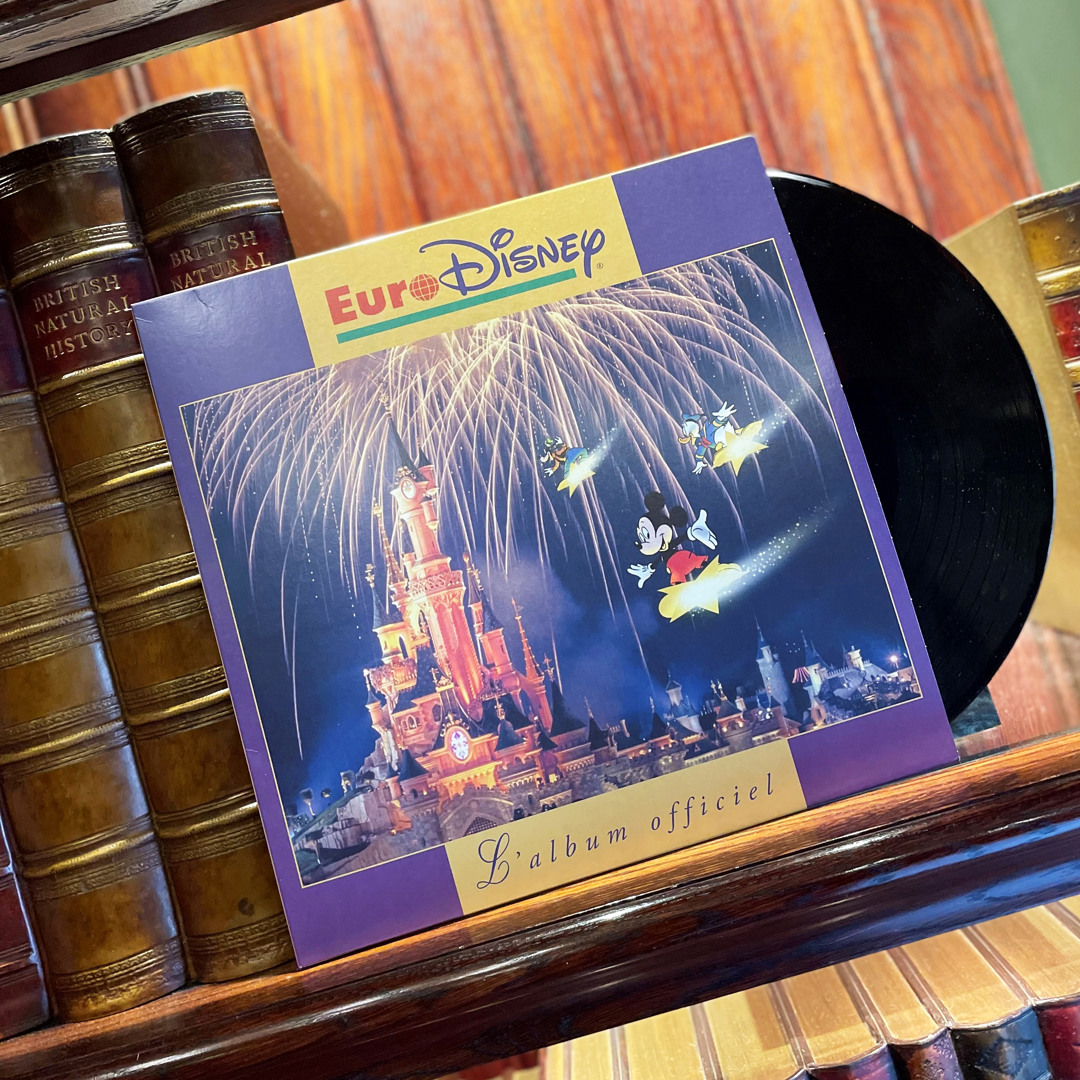 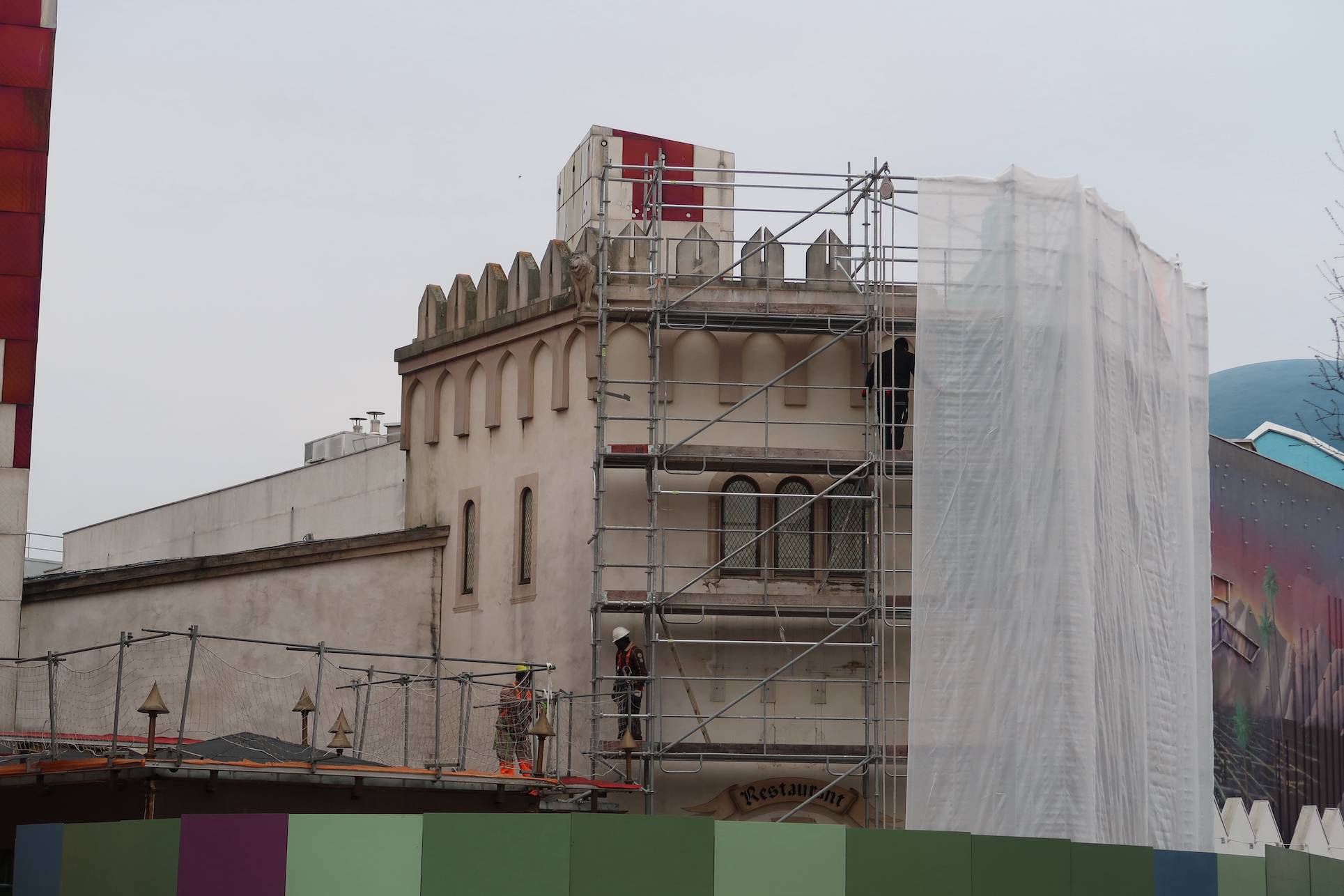